Nearly two years after my Paris trip, I suddenly had the urge to revisit my journey by reviewing some of the old photographs. Randomly browsing through the pack, an image caught my undivided attention. It was a close-up shot of the numerous love padlocks neatly attached to the side metal railing of Pont des Arts.

I could still vividly recall that, at the time, I was conspicuously fascinated and intrigued by my initial sighting of this public declaration of undying passion and everlasting love. Unfamiliar with how the tradition had started, and neither was my intellectual curiosity operating in the presence of these elusive symbols, I was captivated immediately. On a day of beautiful weather intermittently caressed by a gentle breeze, with the Seine flowing peacefully and rhythmically under the bridge, there couldn’t have been a location more romantic than this. I had fallen under a spell cast by this imaginary promise.

The promise of unshakable devotion. The assurance of unbreakable love. The guarantee of eternal bliss. Surely these are enough to fuel any mortal with soulful yearning and heartfelt aspiration. In the beginning, I would diligently take out my camera to capture these precious moments of proclaimed forever happiness. But as the phenomenon began to make its statement on every iconic bridge/gate/fixture in every corner of the world, I stopped. Maybe the novelty and originality have worn off. And I began to second-guess if these locks are an expression of true love. 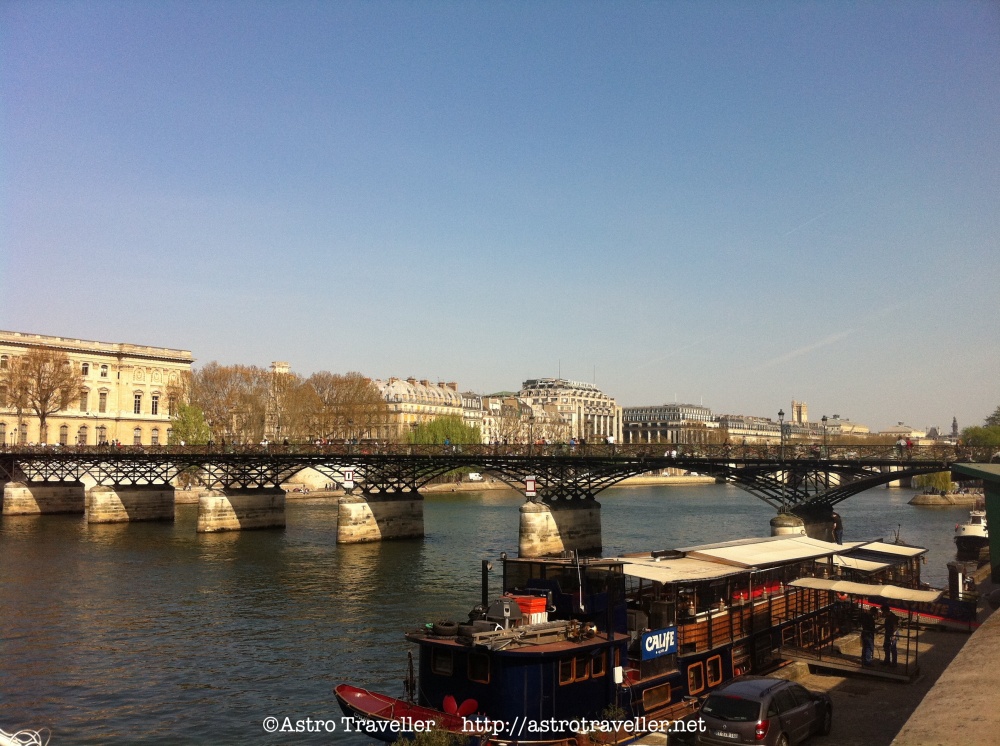 How many of us have grown up watching Disney’s fairytales and Hollywood’s countless spin on happily-ever-after? How many romantic comedies have to end in the couple’s marriage signifying the only plausible portrayal of a happy ending?

I grew up a willing believer of those timeless romantic fables. I have dreamed about being swept away to the faraway wonderland to evade any prevailing trials and tribulations. I have convinced myself of the role of the victim in need of rescue by Prince Charming through the medium of my figment of imagination. I have also been caught up in romantic delusions that are mere projections of my own hopes, desires and fears and which had nothing to do with the other person. I used to be a hopeless romantic, but call me a cynic now. Or perhaps I have simply grown throughout the years. The reality often appears bleak in comparison to a fantasy movie. But I am learning to appreciate it for what it is. I am learning to notice its often deceptively imperceptible beauty.

Just as I attempted to digest my mixed feelings towards these testimonial tokens of love, coincidentally, a couple of weeks ago, it appeared on the the news that a section of the parapet of Pont des Arts collapsed due to the ever growing number of lovers’ padlocks. And long before this occurrence, Paris Town Hall had expressed its concern over maintaining landmark integrity and preserving architectural heritage.

I could not help but grieve a little at the hearing of this unfortunate incident. Paris is one of the most amazingly beautiful cities in the world. Despite efforts or talks of modernising the city, it just wouldn’t be the same romantic Paris that we know of, if it can no longer retain its former glory, its old-school glamour or its magnificent monuments.

Even though the event was clearly no laughing matter, I had to chuckle when I saw press titles such as “Paris’ Love-Lock Bridge Breaks Hearts After …” and “Heavy heart? Paris bridge panel …”. The act of locking hearts is like a double-edged sword. A spontaneously innocent gesture of love ironically has the potential to result in irreversible collateral damage. Now determined to dig a little further, I wanted to trace back into history to understand the inception of this wide-spreading “heart-locking” movement.

Please find here for Part II of this series, WHY DO WE LOCK HEARTS.

3 thoughts on “Little heart locks? Not so little”

Jacinta is an aspiring writer, storyteller and blogger. She left the corporate world to pursue her dreams and her unique place in the world. Jacinta has travelled extensively in Asia, Asia-Pacific and Europe. Initially a solo traveller by default, but now she travels alone by choice. Jacinta loves to connect with like-minded souls from all cultures, allowing her to find home in different parts of the world.
%d bloggers like this: